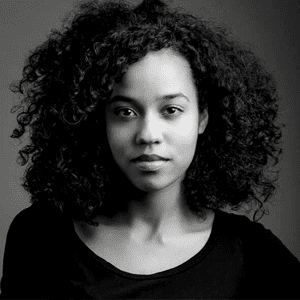 Natasha Adiyana Morris is a playwright of Jamaican-Canadian descent. Recognized for founding PIECE OF MINE Arts, a platform for presenting works-in-progress by Black play creators, she has overseen the showcasing of over 200 artists since 2013. Natasha is the playwright and director of The Negroes Are Congregating, which received a Dora nomination for Outstanding New Play (2020) and won the SummerWorks' New Performance Text Award (2018). The satirical drama touches on internalized racism and has been produced internationally, including Canada, the United States, and Europe.